The site is under construction. Information may not be correctly displayed. We apologized for the convenience.

Not by chance the conference TM "Hydrosila" which gathered 84 representatives from different countries, took place in Gomel, the Republic of Belarus. It was here in July last year a new manufacturing factory "Hydrosila BELAR" released its first hydraulic cylinder.

"Hydrosila" traditionally participated in the international agro-industrial exhibition "AGROEXPO- 2016", which took place from 29 September to 1 October in Kirovograd. 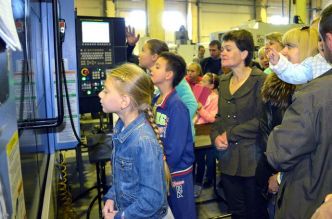 Traditionally to the Machinist Day "Hydrosila" holds Open Day. Last Saturday, more than two thousand inhabitants of Kirovograd region and neighboring areas have seen where and how the hydraulic components are designed and manufactured for agricultural, road-building, municipal and other mobile machines. 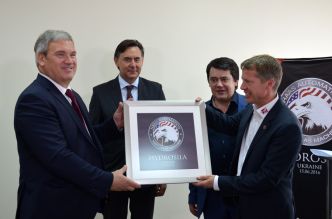 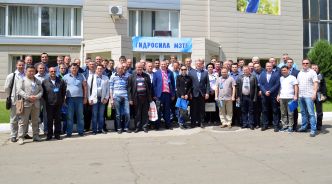 The regular Congress of dealers the group of companies "Hydrosila", which was held from 19 to 22 May in Primorsk (on the shore of the Azov Sea), gathered 48 representatives of 32 companies. At this time, from the Ukraine, the countries of Europe, Central Asia and the Caucasus.

Specialists the group of company "Hydrosila" took a part in the largest world's leading exhibition for construction machinery and equipment Bauma 2016, that was held from 11 to 17 April in Munich (Germany).

April 7, 2016 was a momentous event for us - was open foundry "Metalyt", the level of technological equipment which has no analogues in Ukraine.

As a part the program of cooperation with universities that prepare technicians for the agricultural sector, the company "Hydrosila" conducted training in Vinnytsia National Agrarian University (VNAU).

From 8 to 14 November, the company "Hydrosila" once again took a part in the largest international exhibition of agricultural machinery and technologies Agritechnica 2015.